When To Buy Adspace 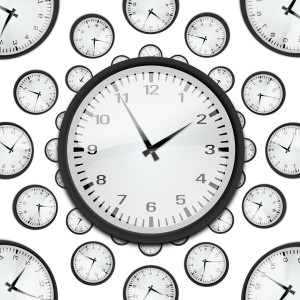 When it comes to advertising, any successful business owner knows when the right time is to buy adspace. This means that their advertisement will air at a time where the most listeners and viewers are active. Think of it like this: you just got done work and you head home to prepare dinner. It might be 5:30 in the evening but it gives you enough time to finish eating and turn the TV on to watch your favorite show. During that show, you’ll be subjected to a number of commercials ranging from cars to medicine, but during this period, you and millions of others could be tuned in at the same time. This example is the prime time to display your advertisement because like you, many other people will be tuned in to see what’s on the TV.

However, you want to make sure your advertisement hits the audience you want at the right time. Perhaps you own a local coffee shop that opens early in the morning and closes during the afternoon. Maybe featuring a commercial at the end of the day isn’t the best idea because your coffee shop is closed by the time the commercial airs. Something like this would call for adspace in the early morning when you could catch potential customers before they head into work to grab a cup of joe. Let’s remember that potential customers watch TV at all times of the day, which means spending some money to air a commercial midday could also reap benefits. Think about how the typical lunch break period will start around noon: you can run some ads in hopes that those on break will see your commercial.

Don’t forget about all those loyal listeners on radio stations! Thousands of people listen to the radio in the car and just about the same commute to work in the morning and late afternoon. This gives you the opportunity to play a radio advertisement where the same listener could hear it twice – the first time driving into work and second time driving home from work. But beware, depending on your business, your target audience might be college aged students who aren’t driving into work, but have scattered times throughout the day when they are listening. You must adjust the times your advertisements hit based on your audience.

Using smart advertising tactics to place radio and TV commercials can turn into huge profits because you are buying adspace at the right time. In order to get the best guidance, seek out professional help from advertising agencies. In Philadelphia alone, it’s ranked number 4 out of the top 100 TV markets in the country which means it covers a huge area of potential customers. Check out the resources you have on hand and bring in more customers with appropriate placement of advertisements during the right times.

Tips on How to Improve Advertising Efforts from a Top Ad Agency in Philadelphia...
What Changes Have Marketing Agencies in Philadelphia Made to Their PR Efforts in Recent Years...
5 PR Skills that Every Brand Needs...
Back To Blog Page
Close