How Has Advertising Changed Over The Years? 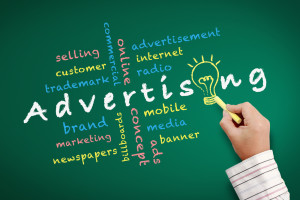 Advertising has come a long way since the first advertisement was published back in 1704! The ad specifically ran in the Boston News-Letter where an announcement was made about real estate and how someone was looking for a buyer to purchase a property in Oyster Bay, Long Island. Fast forward 300 years and things have drastically evolved but we still see advertisements in newspapers and other printed publications. But how has advertising changed in the past decade?

If you think about some of the ways we currently come across advertisements, those ways were unheard of and even nonexistent 10 years ago. For instance, most of us had no idea what Facebook, Twitter & Instagram was and a lot of us were rocking flip phones that had limited internet connectivity. Streaming music was foreign and watching videos online was a rarity. See where we’re going with this? Technology has changed and the way we connect with the world and that has transformed the way advertisements are broadcasted.

Traditionally, advertisements would be comprised of three different mediums: television, radio and print. But looking beyond 10 years ago, advertisements were making their way online and catching up to today, they have evolved. With so many people signing up on various social media accounts, advertisers began to capitalize on this new technique to grab potential consumers because there are billions of users engaging with one another online!

If you own a smartphone, you probably have a music streaming app that you use on a daily basis – do you hear ads play between songs? While traditional radio still serves as a vital medium to send advertisements to listeners, music streaming services are another effective way to broadcast ads! Brands will often take advantage of these mediums to hit a big target audience because we all love listening to music and it’s the perfect opportunity to get in the ears of listeners.

Have you noticed an increasing amount of advertisements playing on videos you watch online? Online video services like YouTube have skyrocketed in popularity and short advertisements will often play before the video begins. Video ads pair a plethora of elements together that can greatly impact the viewer because it can hit a few of our senses, specifically sight and sound. With stunning visuals, engaging noises and complementing text, video ads stimulate the viewer online.

With the big wave of changes in the digital world, one may think that traditional advertisements have taken a seat on the back burner but that is all but true. Traditional mediums have found new creative ways to get their advertisements out there because you’ll often see billboards, signage and other printed avenues with vibrant and visually captivating designs that stand out among the landscape. On top of that, strategic placement is key which means a billboard or something similar would be placed in an area that has high volumes of traffic. Television will continue to be a powerful tool for advertisers as well as radio and studying the times when listeners or viewers are tuned in is the best way to find ideal times to run these ads.

What changes can we expect for advertising in the next ten years? Trust one of the best advertising agencies in Philadelphia to develop cutting edge ads for today, tomorrow and the future!