Hurricane Sandy: National Retailers in the Eye of the Storm

Now that the winds have died down and the floodwaters have receded, most of the attention in the aftermath of Hurricane Sandy is being devoted to the restoration of many towns and homes in the coastal Mid-Atlantic region.  And rightfully so. 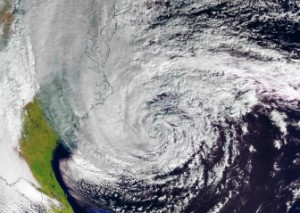 However, it would be remiss to ignore some of the other turmoil that was present during the super storm, most notably from retail brands looking to make a quick buck off of it.

Urban Outfitters, Steven Alan and other retailers took to their email blasts to offer customers discounted merchandise or shipping during the storm, but it was American Apparel who incurred most of the wrath via Twitter.  Their 36-hour offer for 20% off everything in the online store, for those in the affected East Coast states, touched too close to home for many who were witnessing the damage firsthand.  Also, naming the discount code “SANDYSTORM” lacks a certain sensitivity with which such matters should have been handled.

Outrage followed with a number of angry Tweets that included “Really @americanapparel? Sandy Sale email blast? really? The lowest of low. RT this if you are insulted,” wrote David Honig; “I just received a ‘Hurricane Sandy sale’ email blast from @americanapparel. I will forever boycott their stores. RT if you’re with me.”

In response, an American Apparel spokesperson vowed that the email blast was not meant to offend, and justified their actions by stating that they were simply trying to make up for lost revenue from their many closed retail stores in the region, also noting the “sake of our employees and shareholders.”

Now that the storm is in the rear view, and the damage and devastation is at the forefront of the media it is easy to label this as a callous marketing maneuver.  But then again, a large part of advertising is remaining current and finding ways to connect with your customers.   Certainly a natural disaster is a controversial subject to use as the base of a promotion, but when it was in the news as much as Sandy was, creating buzz words like “Frankenstorm,” must it be completely off limits?