Philadelphia Distilling, Pennsylvania’s first craft distillery since before Prohibition, announced that it will be moving from Northeast Philadelphia to the historic Ajax Metal Building at 1000 Frankford Avenue this fall. The 125-year-old building will also house Live Nation’s The Fillmore – a premiere music venue. The addition of the distillery marks a pivotal moment on the Delaware River waterfront. 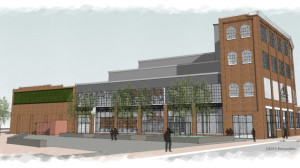 “We’re excited to share our award-winning spirits with thousands of Philadelphians and visitors,” says President and Co-Founder Andrew Auwerda.

“We look forward to contributing to the city’s burgeoning food, drink and cultural scene.”

How to Advertise in a Post-Pandemic Environment...
5 PR Skills that Every Brand Needs...
Neff is The Clutch 2021 Top Advertising Company in Pennsylvania...
Back To Blog Page
Close