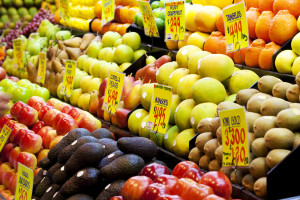 Whole Foods is having a troubling year. Their stock is down 41% and many are starting to question the future of the grocery store chain. If you are unfamiliar with the grocer, Whole Foods Market is a grocery store that sells natural and organic foods, which also has a reputation of being a little pricier than your average food store. They have approximately 433 stores across the United States, Canada and the United Kingdom, but they are currently facing a branding crisis that could lead them down a path of no return if they don’t work to fix things quickly.

First, most customers who shop at Whole Foods are almost like brand ambassadors – they love the products, they love shopping there and they love telling others about it. On top of that, they also realize they are paying a bit more for organic and natural food products. However, they may not have known how much more they have actually paid for groceries until the New York City Department of Consumer Affairs sent inspectors to investigate the matter back in June.

The ongoing investigation found that the grocer was overcharging customers by overstating the weight contents of prepackaged foods from meats to baked goods to dairy products. The discrepancies resulted in overcharging the consumer by 80 cents to almost 15 dollars per package. Additionally, the investigators found that 89% of the 80 different types of prepackaged products they tested for a re-weight failed to meet the federal standard for the maximum amount that a package’s advertised weight can deviate from the actual weight.

Some examples of what they found included:

While those totals don’t seem too outrageous to the average consumer, the constant purchase of overpriced products can cost the consumer hundreds and even thousands more dollar each year. Even after the investigation unfolded, the Department of Consumer Affairs revisited the stores in the New York City area and found that the prepackaged foods continued to be mislabeled with higher prices and false weights. This isn’t the first time that Whole Foods has come under fire for incorrect packaging labels. An investigation in California from 2012 found pricing irregularities in stores across the state that resulted in a civil consumer protection case on behalf of the people in California. The case prompted Whole Foods to pay nearly $800k in penalties and initiated a stringent in-house effort for pricing accuracy.

In light of the latest news regarding Whole Foods, their brand has lost credibility among consumers and they are attempting to fix it with a new sub-brand of stores called 365 by Whole Foods Market. These new store are said to offer lower prices with some locations opening during the second half of 2016. However, it may be harder to recover from their branding crisis as the trust from the consumer has diminished. 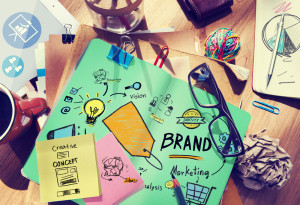 If Whole Foods Market plans to win back the credibility and trust of their consumers, they need to start over. They have the potential to recover from this crisis if the think of launching a full-fledged branding campaign that revolves around pricing honesty and the reasons why they are on a mission to save their shoppers money.

Consumers are smart and when they are taken advantage of by a brand they love, consequences will follow. We’ve learned that from watching what’s been happening to companies like Volkswagen and the problems behind the emission tests of their diesel vehicles. They are dealing with brutal and expensive ramifications of falsifying the truth to consumers and unfortunately, it’s not looking good. When you make promises about a product and cannot deliver on that claim, your brand will definitely take a dive.

Learn from the branding mistakes that other companies have made and keep a close eye on how your consumers perceive your business! Let the professionals at Neff Associates help build and maintain your brand in Philadelphia so you can continue to provide your customers with trust.

Tips on How to Improve Advertising Efforts from a Top Ad Agency in Philadelphia...
Neff is The Clutch 2021 Top Advertising Company in Pennsylvania...
Neff Ranks High in B2B Reviews...
Back To Blog Page
Close