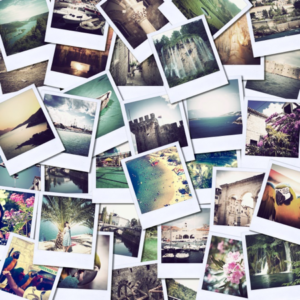 Instagram users have mixed feelings about Instagram’s new update- Instagram Albums. A similar backlash occurred when Instagram Stories were introduced early August 2016. This backlash was due to users’ belief that the new feature was too similar to Snapchat Stories. Now, with  150 million users recording Instagram Stories daily, this component is here to stay. On February 22nd, Instagram announced that you can now create “Albums”; an upload of up to 10 photos and videos at once. This feature has only been public a short time, but people have already expressed their negative feelings about it. We decided to take a closer look and found a number of advantages to posting Instagram Albums:

Instagram’s approach to introduce Albums was to mirror a common occurrence in a user’s life, which is the desire to post multiple pictures from one event. Instagram created a fictional post of a girl hosting a surprise party. The “hostess” wanted to share all of the fun moments that occurred during the “surprise,” which wouldn’t be portrayed accurately without multiple photos from throughout the night. This can easily happen to you. You’re enjoying a night out with a few close friends and take a few memorable photos. Can’t choose just one? Instagram Albums solves this problem by allowing you to showcase your entire night in one post.

It happens all too often. You’re scrolling down your Instagram feed and see numerous pictures posted by the same user. “Overactive Instagrammers” are not everyone’s favorite social media friend because their overflow of posts can get repetitive and irritating. In doing so, you risk losing followers. With Instagram Albums, multiple photos and videos can be condensed into one clean post. Your thumbs won’t cramp anymore from scrolling so quickly through the redundancy!

Whether the post is for a personal or business account, sometimes one picture can’t say enough! Now, the first photo that appears in the Album can act as a summary for the entire post. The subsequent photos or videos can act as support that helps develop your post in a more strategic manner. Ultimately, this gives the audience a better idea of your post’s collective message.

The Importance of PR for Your Business...
How to Advertise in a Post-Pandemic Environment...
Is Your Company Ready for a Brand Refresh?...
Back To Blog Page
Close