With social media’s international reach, it was only a matter of time before word would spread about the catastrophe happening in Nigeria. Almost three weeks ago, over 200 + girls were abducted during the middle of the night from their dormitories by Nigerian, Islamic extremist group, Boko Haram. It’s believed the young women, ages 15-18, are now part of a human trafficking ring to be sold into marriage in exchange for money. With the help of social media, supporters are seeking to increase support and ultimately #BringBackOurGirls. 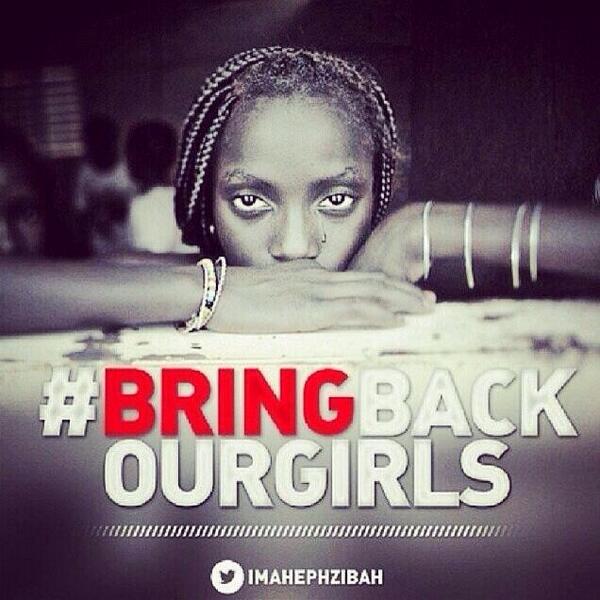 In a recently released video, alleged leader Abubakar Shekau, admits responsibility for the abduction of the group of young women. “I abducted your girls,” said Shekau. “There is a market for selling humans.”  In the video, Shekau calls for an end to Western education, as it is believed to be sinful.

Since the news broke, supporters from around the world, along with a handful of celebs, have taken to Twitter in support for the Nigerian victims and their families. R&B singer Chris Brown joined the discussion and tweeted the now popular hashtag, #BringBackOurGirls, which was retweeted over 10,000 times to his 13 million followers. Joining Brown would be a plethora of folks like Hillary Clinton, Mary J. Blige, Amy Poehler and Malala Yousafzai to name a few.

So, has social media helped leverage awareness for the campaign? Yes. As a result of the campaign, a handful of initiatives have been created so this doesn’t fade away and lose momentum. The campaign has resulted in increased pressure on the Nigerian government to take action in helping the victims. Additionally, online petitions as well as an array of digital artwork, photographs and videos have erupted over numerous platforms so this does not go unnoticed.

Show your support by tweeting and tagging #BringBackOurGirls!

Neff Ranks High in B2B Reviews...
The Importance of Social Media Marketing in 2022...
How to Advertise in a Post-Pandemic Environment...
Back To Blog Page
Close