Is it just us or is everyone dumping buckets of ice water on their heads? This isn’t just a dare – it’s the “Ice Bucket Challenge” to raise awareness for Amyotrophic Lateral Sclerosis, also known as ALS or Lou Gehrig’s disease.

The ALS Ice Bucket Challenge can be traced to Boston native Pete Frates, the former Boston College baseball captain who was diagnosed with Lou Gehrig’s disease two years ago. The disease is doing its work: Pete Frates is now confined to a wheelchair and his ability to speak has abandoned him. Yet he continues to be a leader in the ALS community by raising money, raising awareness, raising hope. 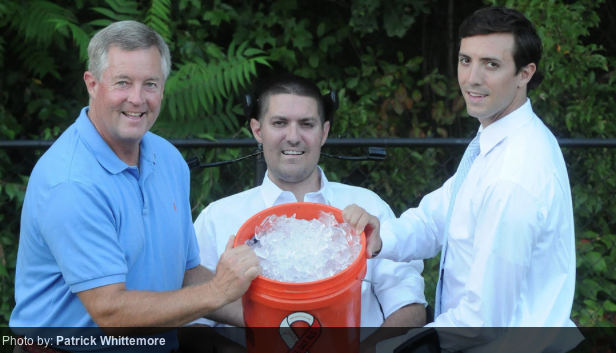 ALS is a disease of the nerve cells and spinal cord that controls voluntary muscle movement. Those who suffer from the disease experience muscle weakness, twitching, little to no use of their arms and legs and difficulty speaking, breathing and swallowing. The disease is also named for the famous baseball player Lou Gehrig, who died of the illness in 1941. According to the ALS Association, approximately 5,600 people are diagnosed with the illness every year.

Here is how the “Ice Bucket Challenge” works. If you are nominated, you make a short film of yourself dumping a bucket of ice water over your head and then issue the challenge to others. This challenge must be completed within 24 hours or the person must donate $100 dollars to the ALS Association. But with this phenomenon taking over, there has been a huge surge of donations to the ALS Association. They said they have seen their donations quadruple over the past couple of weeks. So people are now challenging each other to dump the ice bucket and donate. Also with viral trends like this, people are more willing to participate because they do not want to be humiliated or called out for not contributing. With the tags on the videos, no one who is challenged can go un-noticed. If you are challenged the social media world will know when you do no participate in something as simple as dumping a icy cold bucket of water on your head or giving money to this worthy foundation. That’s how powerful social media can be!

Videos will continue to pop up all over the internet throughout the next couple weeks. Viral trends help to raise awareness all the time through social media platforms such as Facebook, Twitter and Instagram. Recent trends include the NOH8 campaign, which shed some light on Proposition 8 and gave awareness to marriage equality. There is also the Purple Your Profile for the American Cancer Society campaign. This recognizes World Cancer Day, and helps to raise awareness and funds by having Chevy automobiles contributing $1 to the American Cancer Society for every Facebook or Twitter profile picture purpled. 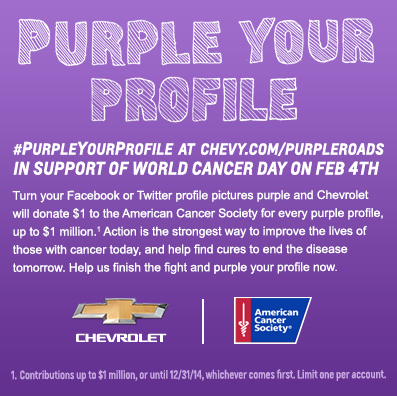 Here is an example of our PR and Social Media Account Coordinator, Kelly, who accepted the challenge and donated to the ALS Association in support of Team #KirkinIt. One bucket at a time can make a difference. Check it out!

Tips on How to Improve Advertising Efforts from a Top Ad Agency in Philadelphia...
Is Your Company Ready for a Brand Refresh?...
What Changes Have Marketing Agencies in Philadelphia Made to Their PR Efforts in Recent Years...
Back To Blog Page
Close