How Aggressive Should You Be With Advertisements? 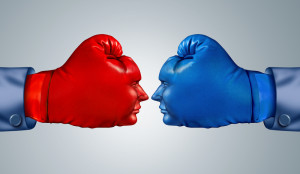 Think about all the advertisements you’ve seen lately – some have been sentimental, some have been funny and some have been downright aggressive. Promotions such as the ‘McWhopper’ campaign fueled by fast food giant Burger King (that was abruptly pushed down by the golden arches of McDonald’s) makes it seem as though companies are doing anything they can to target customers. These types of ads can turn into fun-spirited ‘joint’ advertisements or ones that blatantly trash a rival. It makes you think just how aggressive you should be with your branded advertisements.

Let’s take a moment to review some ads that clearly are a little passive aggressive as an attempt to subtly sway the consumer. First, let’s talk about TV service providers like Comcast/Xfinity and DirecTV. Both companies provide home TV service, which makes them eager to get as many customers as possible. Looking at their commercials, both companies tend to subtly (or not so subtly) throw jabs at each other. DirecTV subtly throws out get rid of cable at the end of their commercial and Xfinity takes the forthright route by saying don’t get blindsided by DirecTV. Whether either company broadcasts their competitor’s names in their commercials or not, they are still trying to win the viewers over by using aggression. 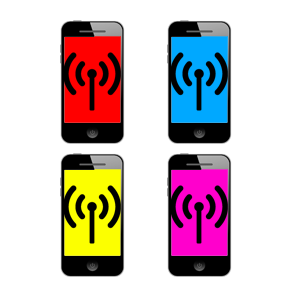 For openly aggressive advertisements, we turn to cell phone service companies. Assuming you’ve watched TV, seen ads on the internet or have looked at outdoor billboards, you can probably already tell where this is going. Cell phone service companies like Verizon, AT&T, Sprint & T-Mobile can be brutal when it comes to their advertisements. Whether these companies mimic each other’s commercials, offer the strongest signal or fight over Twitter, they are all on a mission to grab your attention and your money.

But how much is too much? When it comes down to your brand’s advertisements, how aggressive can you be? While you could try and take a few notes from the big guys above, it might not be the best idea to throw down with your direct competition. Sometimes advertisements that are too aggressive will put off consumers and that’s the last thing you want to do.

While you definitely want to get out there and strengthen your brand awareness with effective ads, you need to find a happy medium. An ad that drives home the fact that you are better than the competition and one that isn’t overly aggressive to the point where it’ll drive away consumers is the best bet. You don’t want to end up with a situation like Verizon. It’s one thing to be a little ill-spirited towards competitors in advertisements, but when it carries over into a different message that involves customers, that’s when you get into hot water. Verizon’s CFO made an aggressive comment about price-sensitive consumers and essentially said if they don’t care about their quality of service, they can bid farewell if they don’t want to pay for it. His comment fueled an onslaught of backlash and not valuing your customer can result in a huge loss, like 138,000 customers leaving.

Whether you are crafting an advertisement to be published on the internet, printed on flyers, aired on TV or broadcasted through the radio, it’s important to be strategic, smart and savvy. Let the experts at Neff Associates, one of the best branding companies in Philadelphia, help you craft advertisements that’ll show consumers why your brand is the better choice!

The Importance of Social Media Marketing in 2022...
What Makes a Successful Media Buying Campaign? ...
What Changes Have Marketing Agencies in Philadelphia Made to Their PR Efforts in Recent Years...
Back To Blog Page
Close