Dubbed THE sporting event of the year, Sunday night’s Super Bowl game lived up to the hype. With the New England Patriots defeating defending champs, the Seattle Seahawks, and Katy Perry lighting up the halftime show, it produced some pretty memorable moments. But some of the most anticipated moments of the night were…you guessed it, the commercials!

With some of the heavy hitters like Budweiser, Coca-Cola and Chevy shelling out a record high of 4.5 million dollars to secure a 30 second advertisement spot for this year’s Super bowl, one in particular took the cake. It seems that serious was the theme of the night.

Super Bowl commercials are typically silly, humorous and exciting, but it seems advertisers may have missed the memo this year. Some were serious and borderline strange (I’m looking at you, Nationwide) while some tugged at our heartstrings of (two thumbs up for Mickey Dee’s sharing the love).

There are a few things we caught early on with 2015’s Super Bowl Commercials:

But hands down the best commercial (according to social media) was the sweet, adorably cute Budweiser #BestBuds commercial. Budweiser reinforced their brand image by sticking with the classic Clydesdales, but updated the concept with last year’s popular puppy. 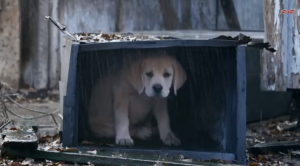