The History of Public Relations

Can you imagine a life without public relations? There would be no events sponsored by different companies or various forms of the media. Press releases would not exist. Radio advertisements would never have been conceived of. Newspapers, whether in the traditional paper form or the newer digital medium, would not exist. You can forget about social media, too! There would be no branding, no advertising, no marketing, no news, no media. Nothing. Public Relations firms like Neff Associates would also not exist, because without public relations, there’s no need for a company to provide it.

It’s hard to imagine a world without public relations in the 21st century. The media has become an incredibly important tool for helping us to spread word about new products, services, and brands. But of course, public relations could not have existed forever – someone had to start it. So then, how did public relations come to be?

A form of public relations existed as early as classical Greece and Rome. Although it may not have been called that at the time, there are many examples of now-famous historical figures participating in acts of public relations in antiquity. Julius Caesar, for instance, utilized public relations as early as 50 B.C. when he published a political biography as part of his campaign to become head of state. This is not very different from how politicians use public relations today to market and promote themselves prior to a run for office. 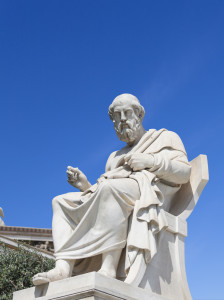 Many Greek philosophers also spoke of forms of public relations on a regular basis, including such notable persons as Isocrates (not to be confused with Socrates), Plato, and Aristotle. There are writings from Plato that describe “Sophists,” or individuals in ancient Greece who would charge residents a fee to teach them methods of persuasion and how to influence members of society. This was most frequently used in ancient Greek politics.

In fact, Isocrates made a very bold PR move when he wrote a speech, Against the Sophists, detailing the failings of sophistry during his era. This was meant to set himself and the more high-minded among his colleagues apart from those he saw as frauds, who charged in advance for teaching mere rhetorical tricks instead of actual principles. In essence, this was one of the earliest reputation management campaigns.

18th century America borrowed heavily from ancient Greco-Roman ideas, as evidenced by the many examples of public relations during the Revolutionary era. It’s no secret that political figures and activists used propaganda during this time. What some people may fail to realize, however, is that propaganda can still be considered a form of public relations. Although often biased, propaganda still does an excellent job of spreading awareness about an event, idea, product, or other issue. This method of PR helped get the word out about the Boston Tea Party – a political move that had a huge impact on the tensions between the British and their fractious (then) colony, and lead directly to the war.

We still use public relations in modern politics, but we have expanded its use to many fields beyond that. We can see examples of public relations everywhere: it is used by brands for advertising, individuals seeking to move up in the world, whether politically or in their careers, non-profits trying to raise awareness for an issue or get funding, and the list goes on. Even before there was a specific, universal term for the practice, public relations was a highly-utilized way to spread the word – and it will continue to be.

Neff Ranks High in B2B Reviews...
Is Your Company Ready for a Brand Refresh?...
5 PR Skills that Every Brand Needs...
Back To Blog Page
Close