We can’t decide whether we love or hate how Twitter is affecting the way we are experiencing the Olympics this year. It’s great to hear from and interact with the Olympians, but getting results before the game/race has aired may be ruining the fun. 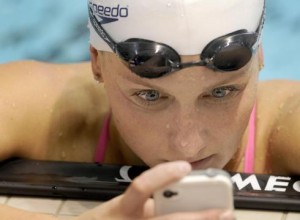 But forget about the spectators, Twitter has also influenced athletes’ experiences in London.  American soccer star Hope Solo took to Twitter to criticize Brandi Chastain’s criticism of the Americans’ play. Solo called Chastain “out of touch,” but was not punished for her online actions. A second athlete, a Swiss soccer player, was actually expelled from the games due to an insensitive tweet. Michel Morganella, we understand your frustration after losing to South Korea… but calling South Koreans “mentally handicapped retards,” really?

Social media is all about sharing, we know. But there are some thoughts that probably shouldn’t be shared with millions of followers on Twitter. Olympians, let’s keep those tweets positive, deal?

Neff is The Clutch 2021 Top Advertising Company in Pennsylvania...
The Importance of PR for Your Business...
How to Advertise in a Post-Pandemic Environment...
Back To Blog Page
Close