The Bridge on Race team came to Neff in 2016 as one of Philadelphia’s newest luxury rental residences with unique architecture, breathtaking 360 degree views, and incomparable amenities. They needed to get the word out about the high quality design and convenience of the building in order to lease their 146 residential units, ranging from studios to two bedroom apartments.

Neff put in place an integrated strategy that consisted of social media and public relations in order to create buzz about the property. Our strategic campaign played an integral role in the introduction of the project to Philadelphia.

Through social media, the Neff team worked to personify Bridge while highlighting its unique architecture and design, beautiful panoramic views and lively Old City neighborhood. We leveraged the building’s thoughtful approach to incorporating modern living into Old City to ultimately drive traffic to the website and leads for Bridge’s leasing team. 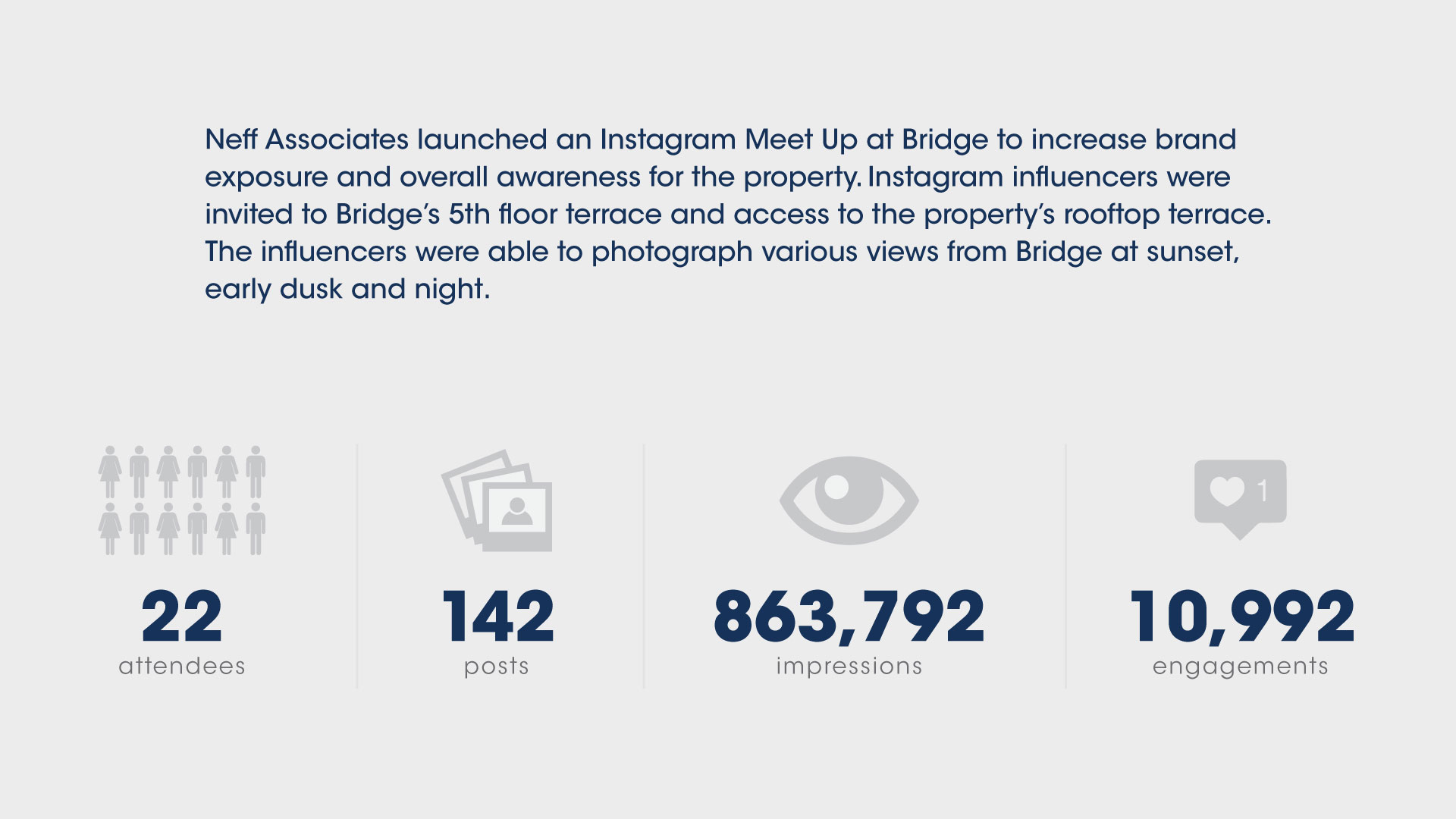 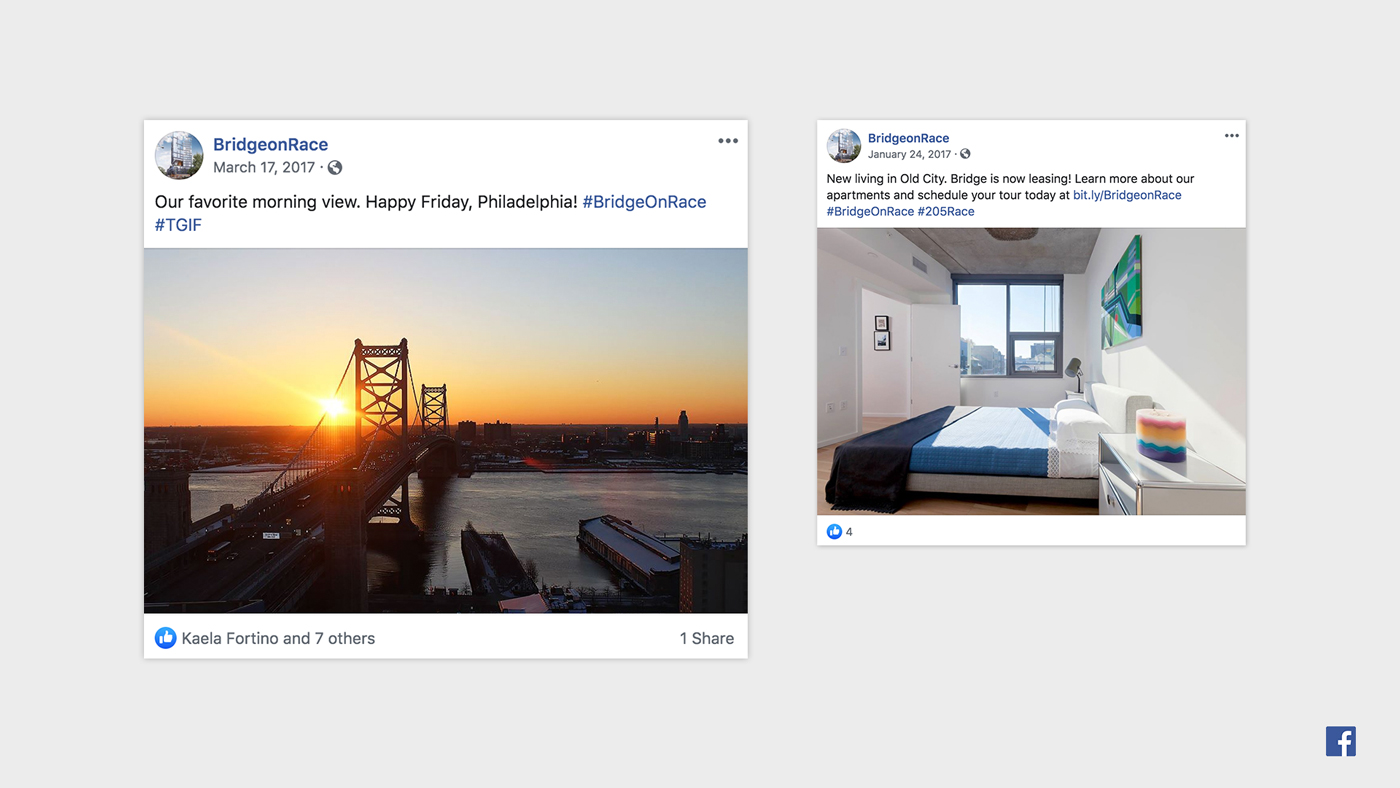 Through earned top-tier media, Neff reached key publics who were interested in the project and ultimately were influenced to take action as prospective renters when the building opened in summer 2017. 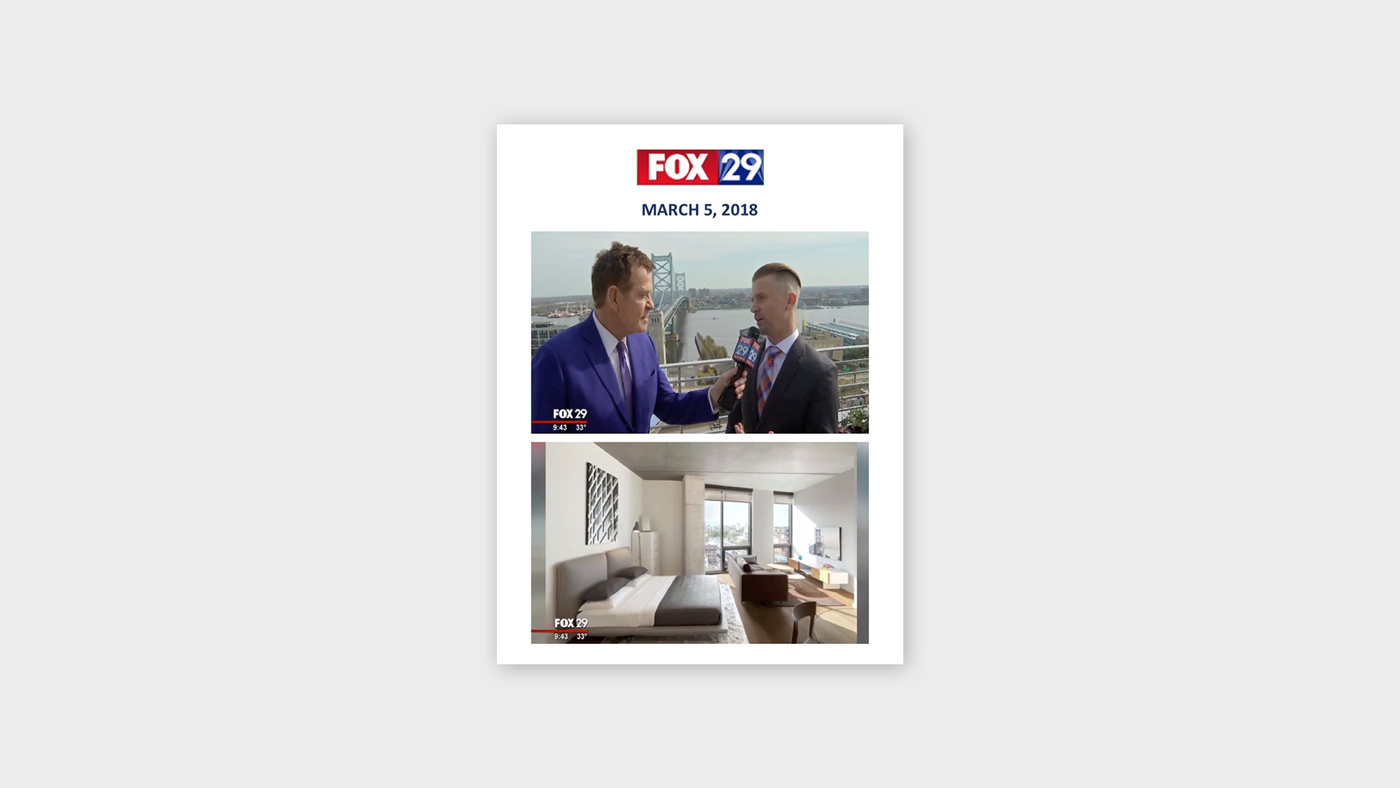 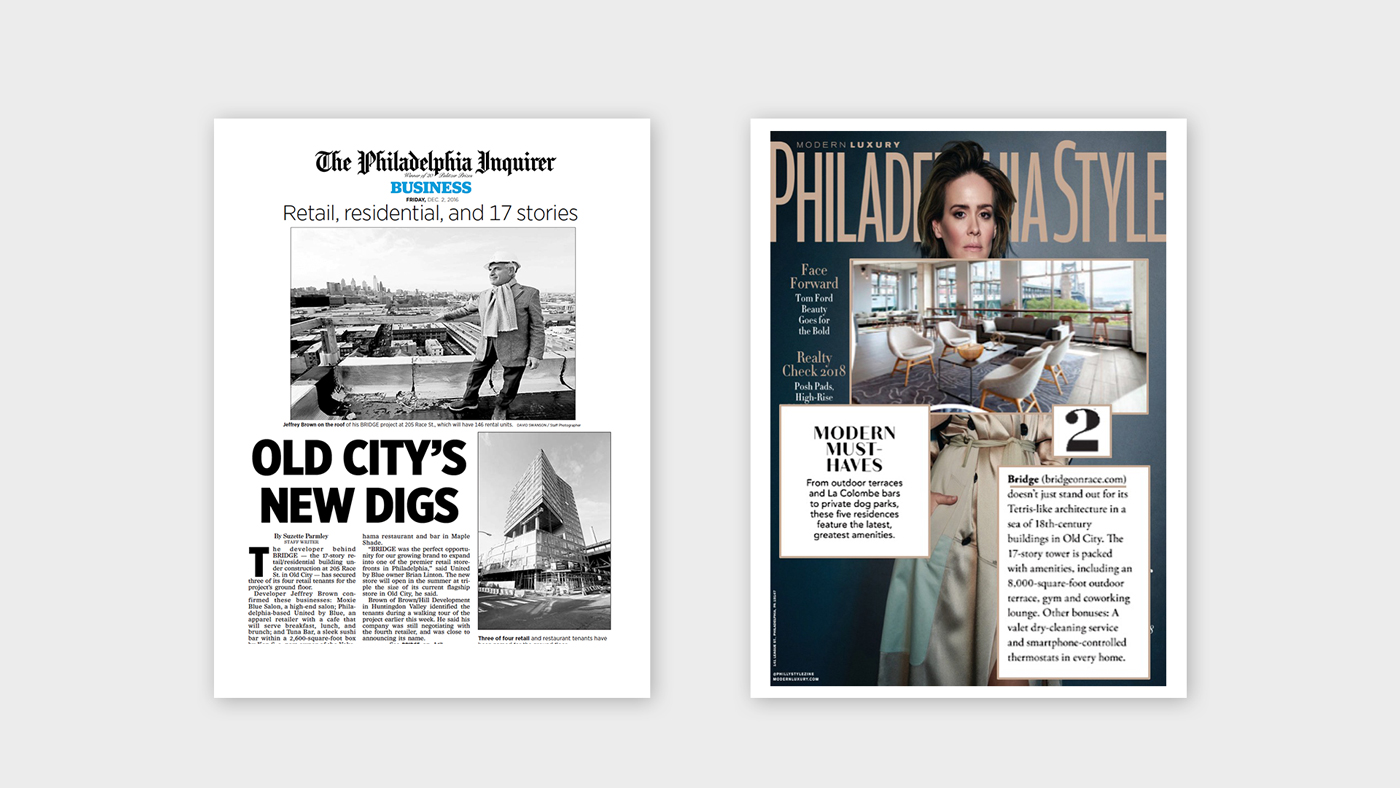 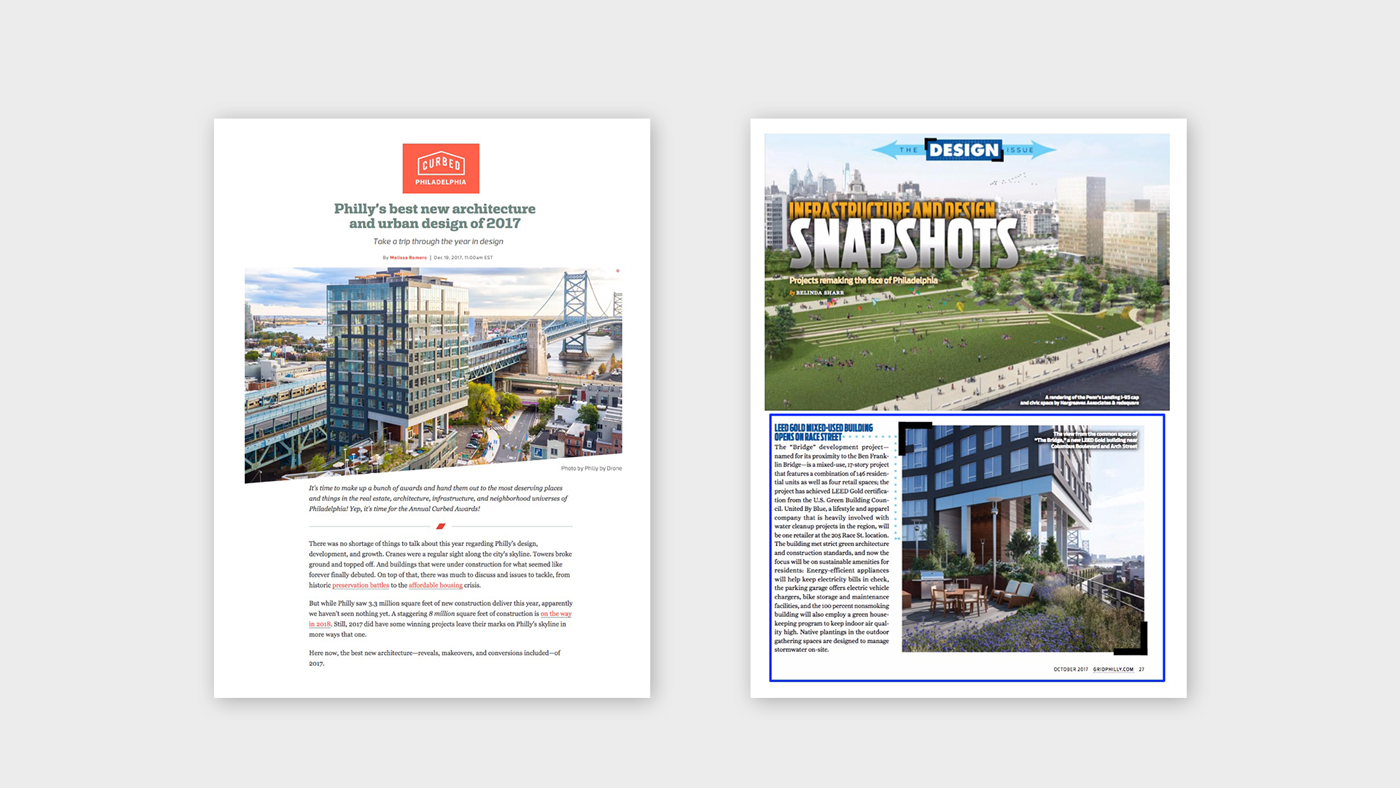 Photography by Neff and Bridge on Race