Luxury high-rise apartments with modern design and upscale amenities, located in downtown Philadelphia right by the Parkway and major museums.

The Alexander came to Neff to help publicize its opening in 2018. The new luxury apartment building features lavish accommodations and amenities including a rooftop deck, landscaped terrace, and indoor pool. The Alexander wanted to garner attention to lease the property as quickly as possible and ensure that the public was aware of all it had to offer.

Neff launched a Grand Opening event at The Alexander to increase brand exposure and overall awareness for the property. Instagram influencers were invited to the property’s observation deck, and the influencers were able to photograph various views from The Alexander at sunset, early dusk and night. The Grand Opening and surrounding publicity successfully promoted the new apartments.

As part of the grand opening event, Neff created a video to showcase The Alexander and the surrounding area of downtown Philadelphia. The film highlights the opulence of the building and it’s outdoor space in addition to the luxurious interior rooms and amenities.

The Alexander - Exceptional Living from Neff.

We partnered with The Alexander to raise brand awareness, drive website traffic, and ultimately generate apartment leases through executing organic and paid social media strategies. We utilized the Facebook and Instagram platforms to run website traffic and retargeting campaigns, while simultaneously creating organic content for the platforms from start to finish. In addition, we performed daily community and account management services, delivered monthly analytic reports, and executed a highly targeted social media influencer campaign to promote the building’s grand opening. 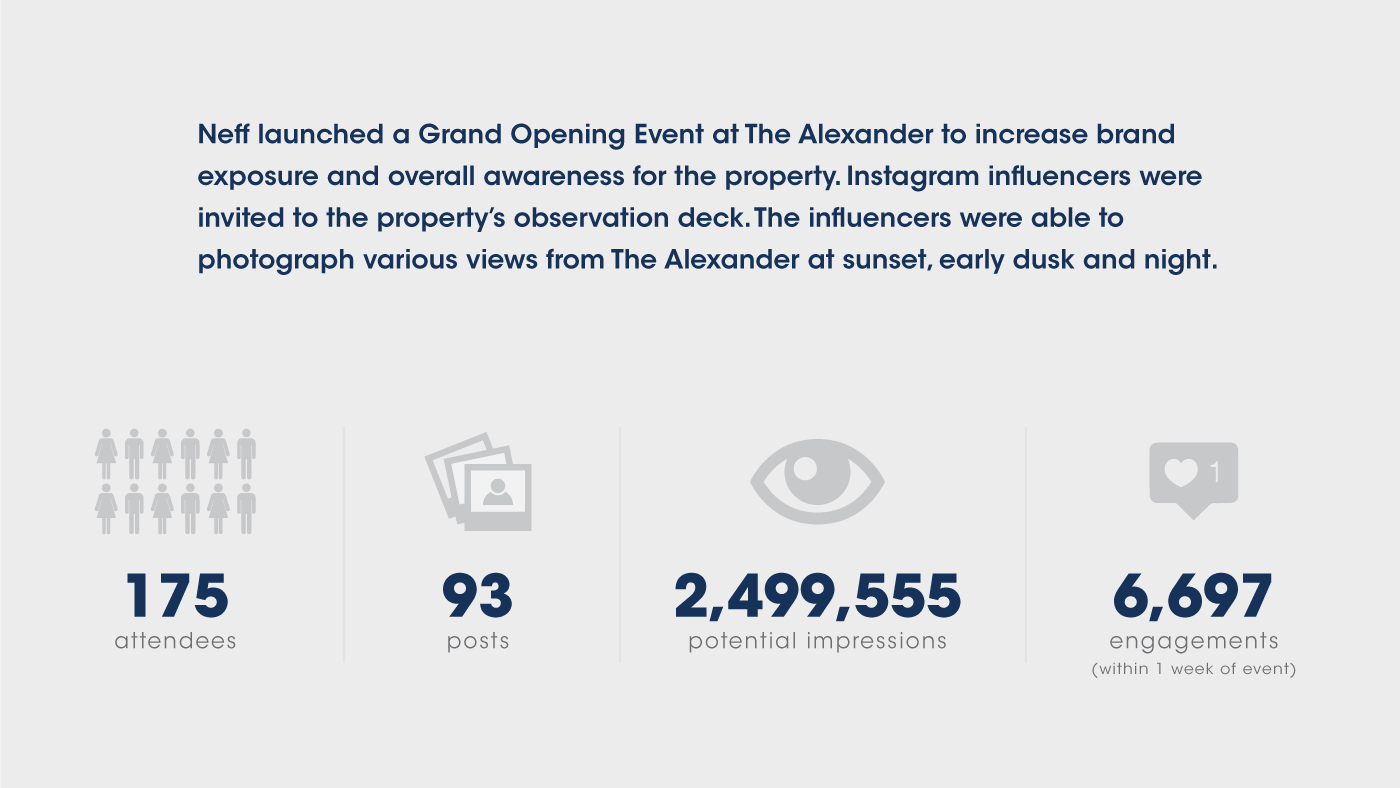 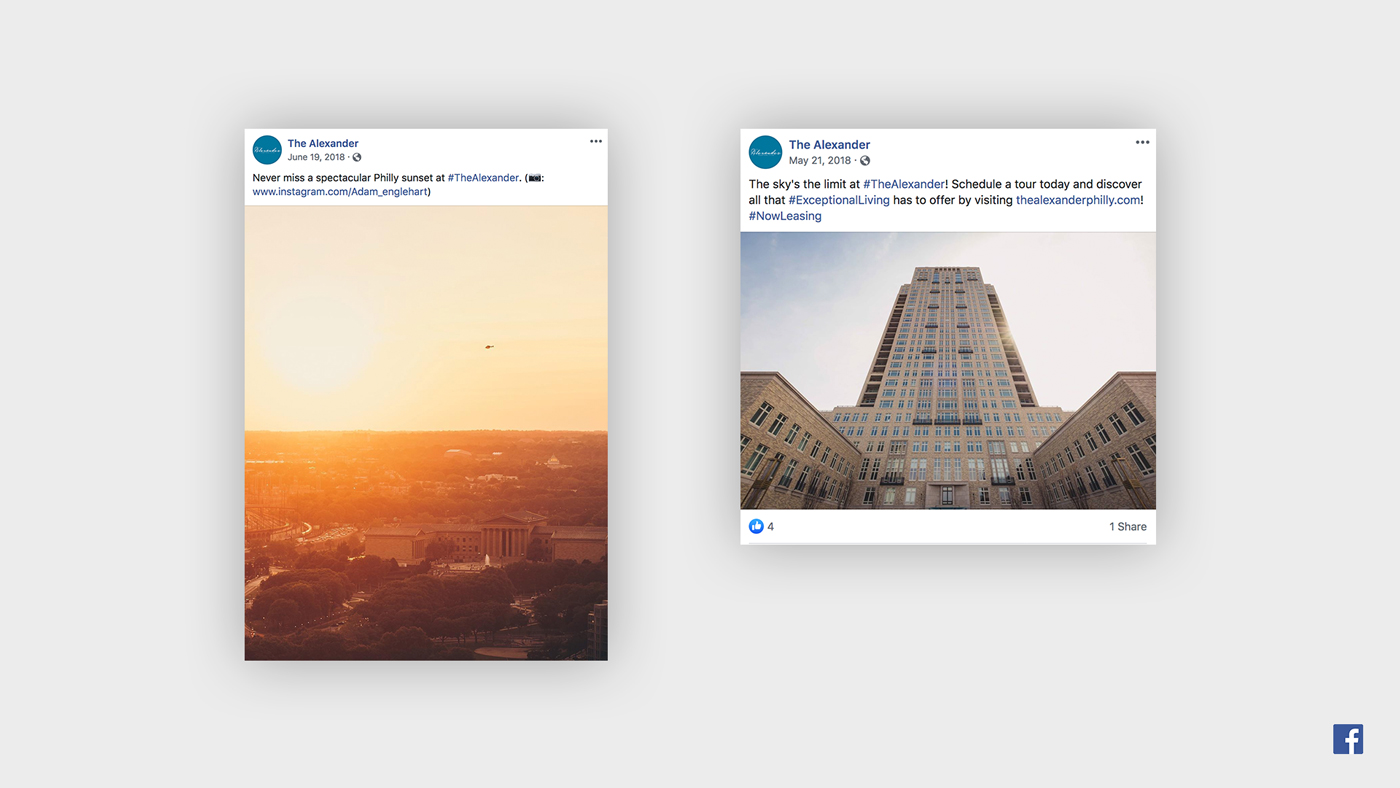 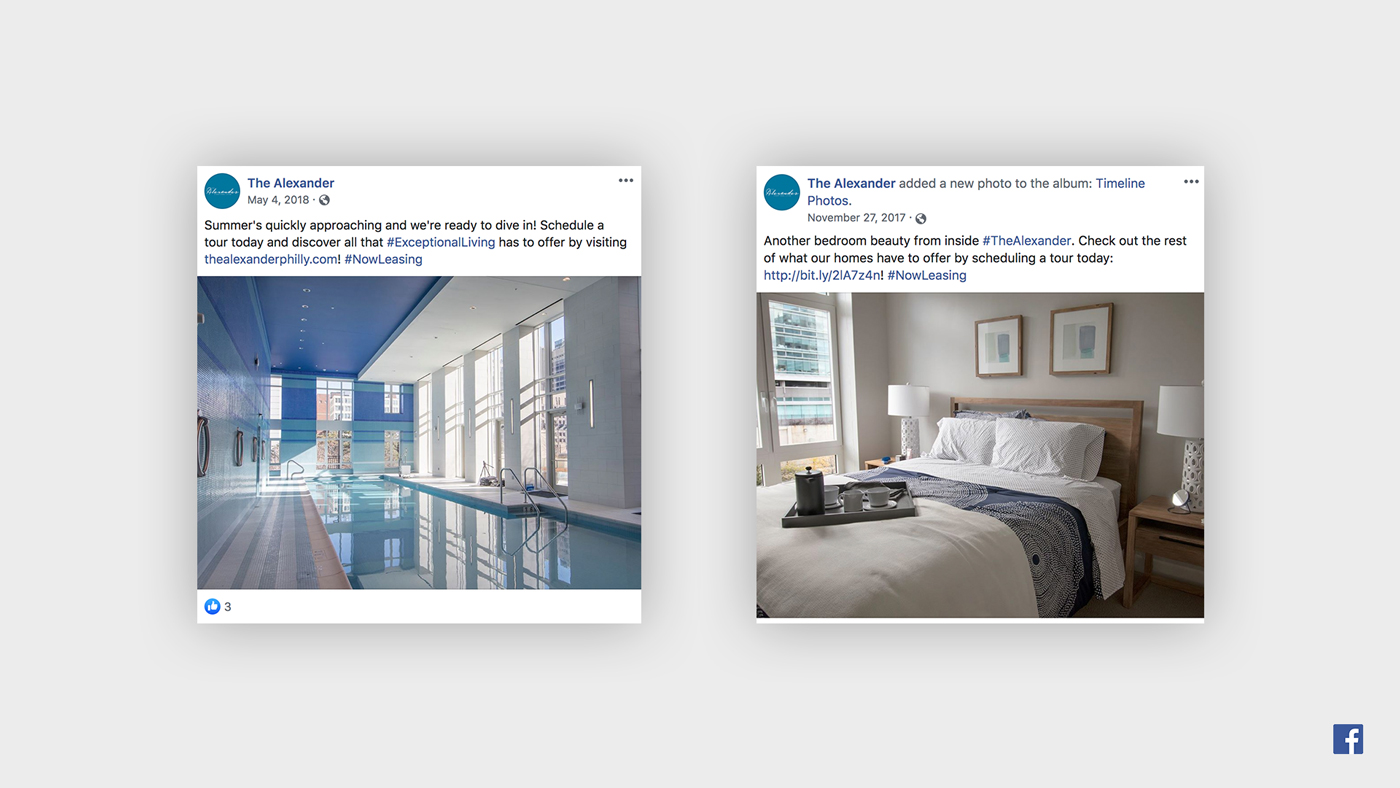 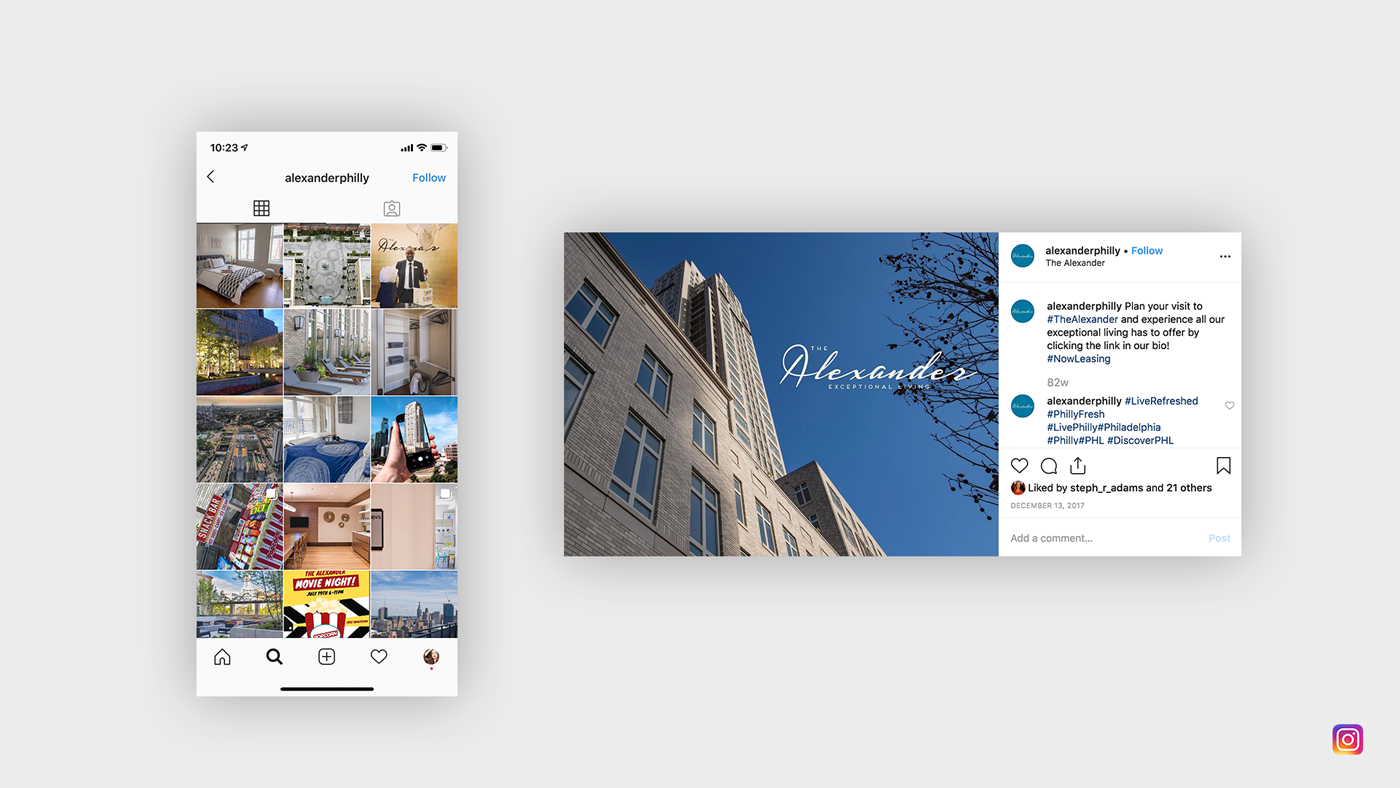 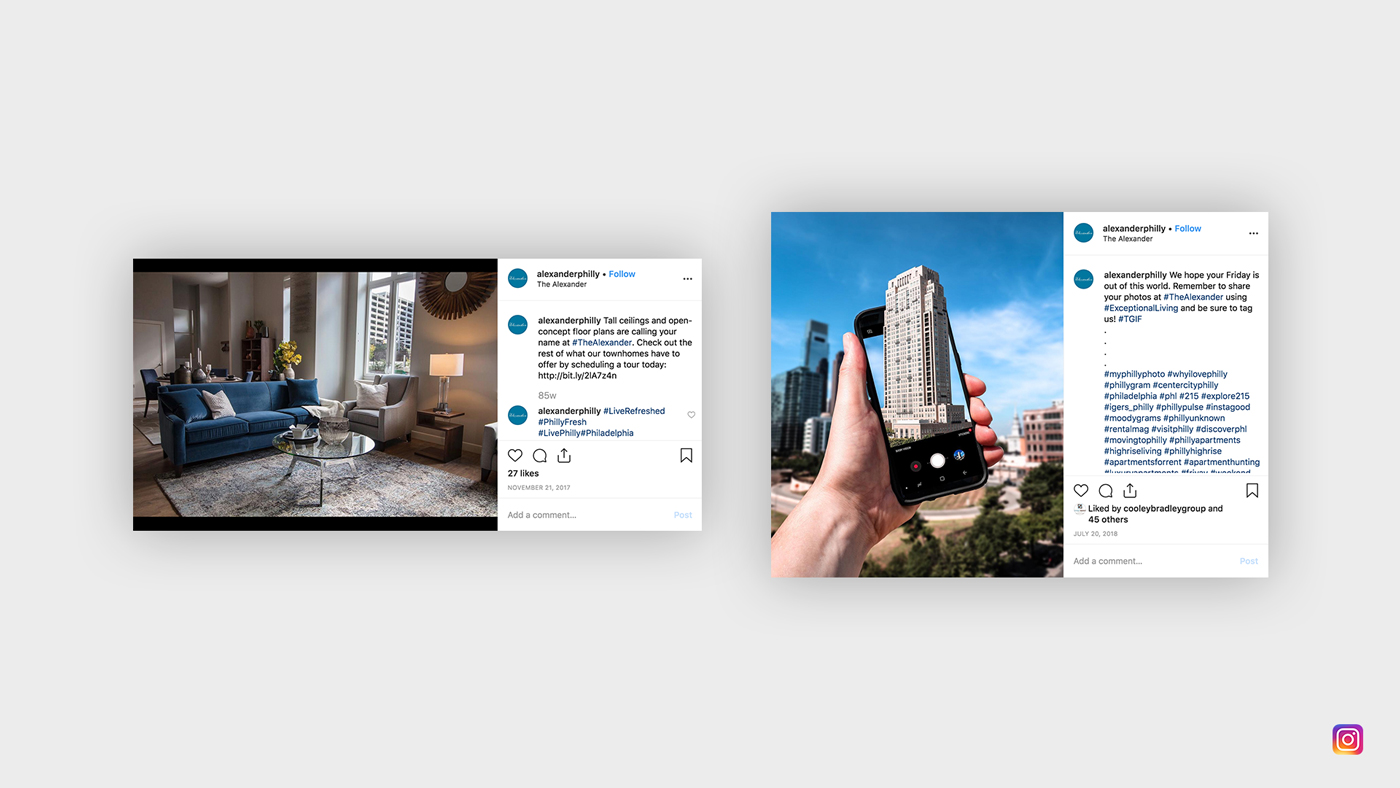 Our PR team garnered top-tier local press for The Alexander in outlets such as 6ABC and Philadelphia Magazine to raise awareness about the property and help to lease the building quickly. We also planned and executed the building’s grand opening as well as facilitating other onsite events. 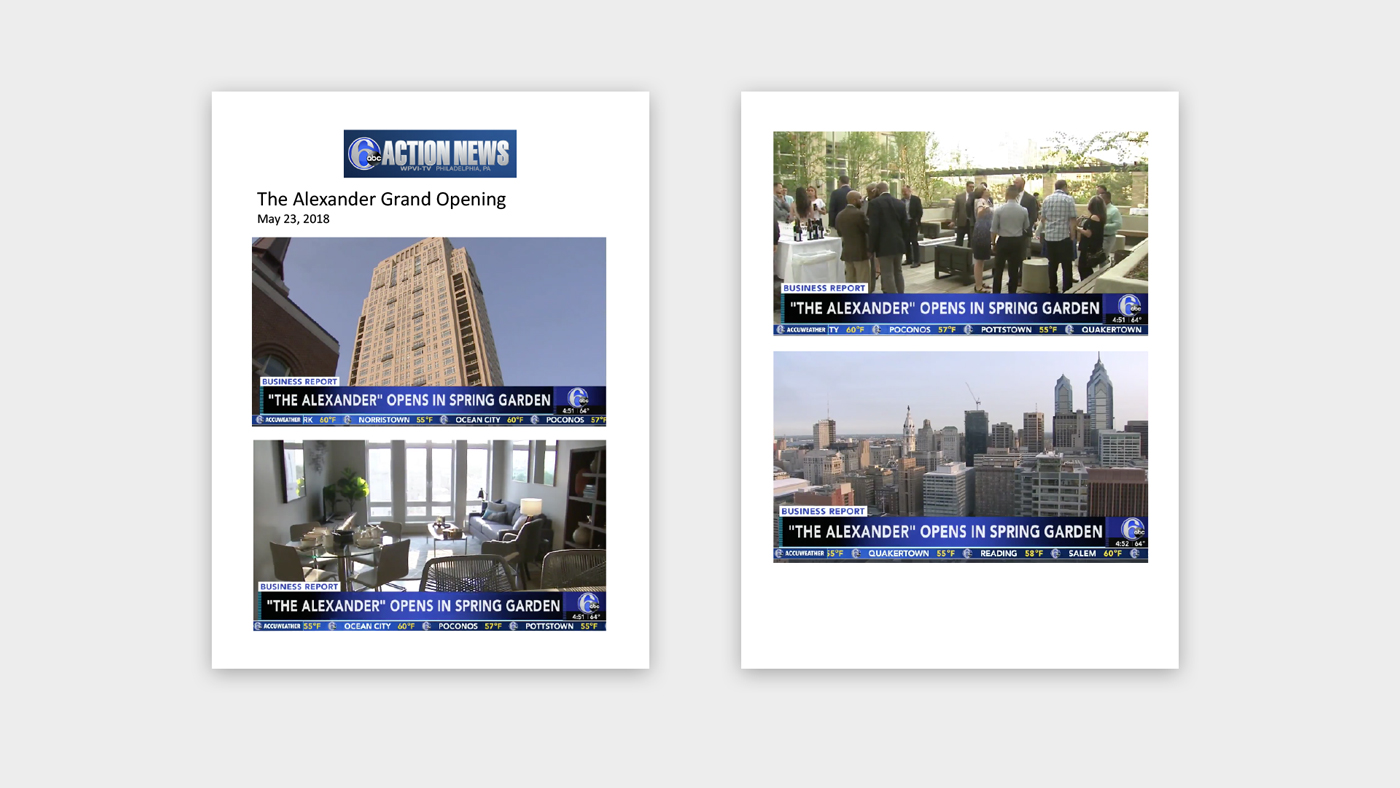 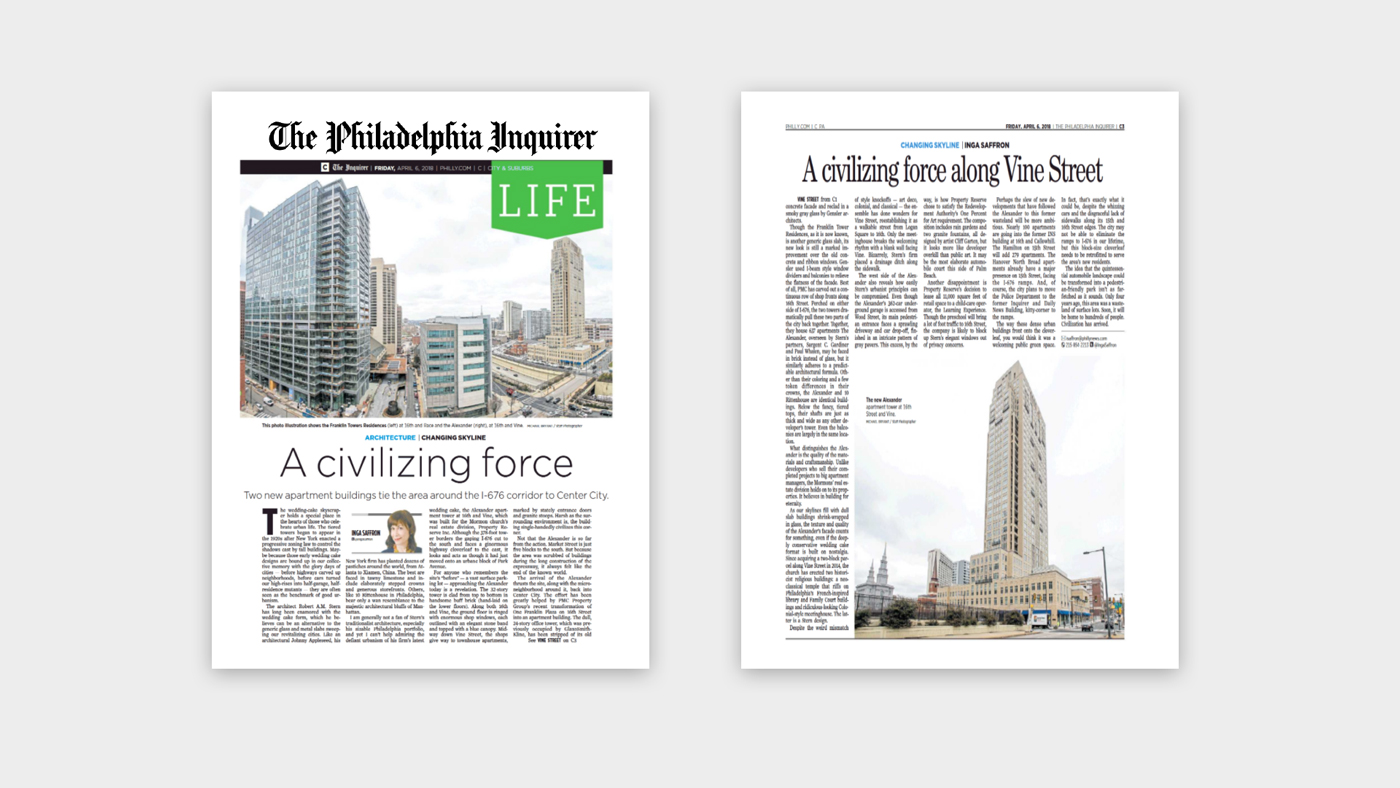 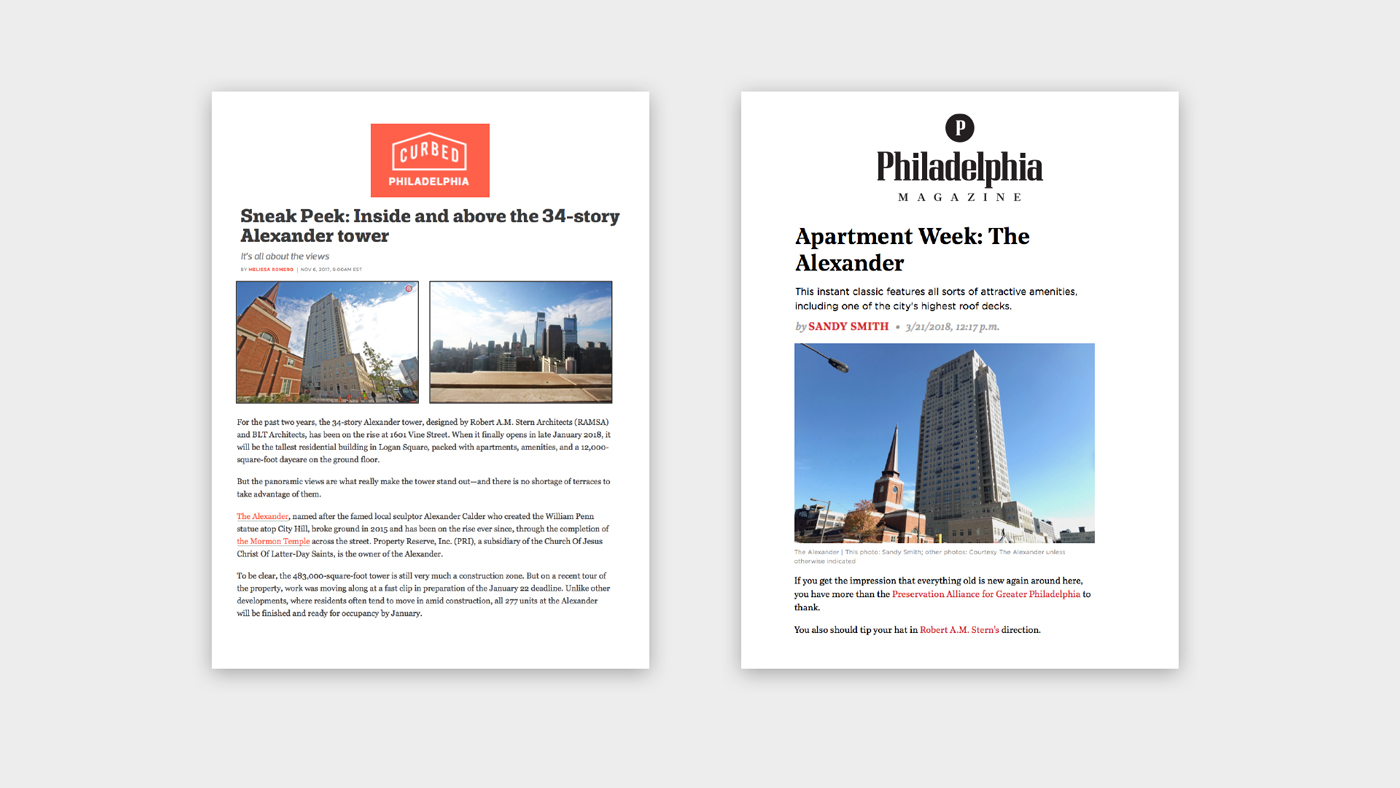 Photography by Neff and The Alexander